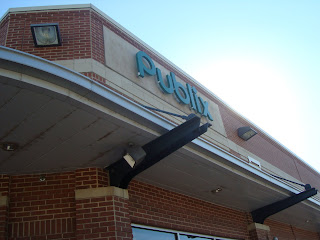 Previously on Grocerying, we talked about Publix entering the Charlotte market through a site just south of the N.C.-S.C. state line in Tega Cay, in York County, South Carolina. Now it looks like the Lakeland, Florida-based grocer is securing a second site in the neighboring Lancaster County, South Carolina community of Indian Land, just south of the Charlotte city limit. The Charlotte Business Journal is reporting that the second Publix in the Charlotte region will be in a development called Cross Creek Center off Hwy 521 at Doby's Bridge Road. The grocer anticipates its Charlotte area stores will open in October of 2012.

The intriguing portion of Publix' entry into the Charlotte market is that their stores will remain below the state line for the foreseeable future. We have to wonder if this has to do with saturation of similar mid-to-upscale market retailers such as Harris Teeter and Lowe's Foods already in the immediate Charlotte region. In addition to South Carolina, Publix has stores in Florida, Georgia, Alabama and Tennessee. More to come as this develops.
Posted by Grocerying at 4/25/2011 03:42:00 PM

It has more to do with the expense of entering a new state than anything else. Publix can still pull business from Charlotte without having to go through all the paperwork and fees that would be required to do business offically in NC. It's probably also to gauge reaction to the potential entry to Charlotte itself.

Publix has plans to enter North Carolina, likely 2 to 3 years away. Not only will new stores be going up, the chain will have the seeds for a new distribution center and division.

As one grocer moves in, one will likely leave. Bi-Lo is not doing well in the Charlotte area; ditto for Lowe's Foods. One or both chains will retreat or be acquired within five years.

Publix is an awesome grocery store!!! It is long over due in North Carolina! Thank you Pulbix!!!

We need Publix in NC!! I lived in Florida for 18 years and Publix was one of the very few highlights!!! I live in the Raleigh area and I am just waitingfor Publix to reach us. Go Publix!!!

DITTO! I grew up in FL and miss Publix so much since moving here. They have amazing store brand items that are better than name brands. Please don't forget north Mecklenburg county as well!

The first time I went to Publix's was in Fl. Believe me people you would love to have Publix's in NC I go to SC to shop there. Will be looking forward to welcome Publix's to NC.

I grew up in South Florida and been shopping at Publix for 40 years. They have the best customer service and large selection of brands. I moved to CT three years ago and they only have Stop n' Shop and Shop Rite, far from even coming close to Publix in terms of customer service and brand selection. I missed Publix so much that I am looking to move back south....close to Publix.

Publix is moving to the Lancast County and York County areas for one reason: GROWTH

Both areas have grown extensively over the past seven years and I believe the grocer will be an added bonus to the community. The taxes are less than NC and the people are somewhat friendlier. It is convenient for folks in the Ballentyne community to drive less than ten minutes to shop at a store with great variety. Along with the new Walmart (servicing both upper Lancaster County and south Charlotte) this is a great addition. Congratulations to the Publix family for adopting us in Lancaster County!

I, too lived in Florida & just LOVED my Publix. Bring one to the Hickory, NC area--let the people get to know what "bakery" REALLY tastes like! The breads and baked goods really are baked fresh from scratch in the stores-YUMMY!!!!!!!

Ditto to all the previous comments about Publix. Their meats are awesome, customer service out of this world and bakery products unbelievable even wedding cakes. I can't wait to see signs for one in the Denver/Lake Norman area. I saw a big billboard last weekend in Charlotte announcing Publix coming to the area and it made me very happy.

Hurry and get to the Gastonia area. I would go to Publix in Tallahassee while visiting my daughter and LOVED it. Would be so happy to have your store(s) in our area.

I've just started my 50th year as a native Floridian and lived throughout the state my entire life. I have older memories of pasting green stamps with my grandparents and new memories of my granddaughters recent Publix birthday cake. By far this grocer is the finest, most customer service oriented chain. Im truly considering moving to NC but am waiting for Publix. Glad to hear they are planning to expand to the state.