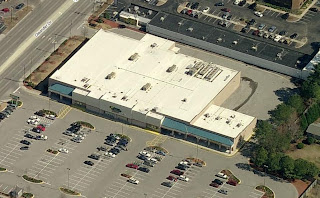 Whole Foods Market will open a store in Wilmington, N.C. in 2012. Both The Greater Wilmington Business Journal and WECT-TV report that the former Lowes Foods on Oleander Drive near Independence Mall has been selected as the site for the future Whole Foods. Sources say the store should open by late 2012 or early 2013. This opening would mark Whole Foods' 10th store in North Carolina. According to tax records, the size of the current building is 47,332 square feet. The Lowes Foods Store originally was a Hannaford's which opened in 1998. Prior to that it was the site of a Wilson's Grocery Store.

I'm so excited Lowes Foods is coming to Wilmington!

I say your blog is awesome! Happy new Year!