Rise of the Discounters 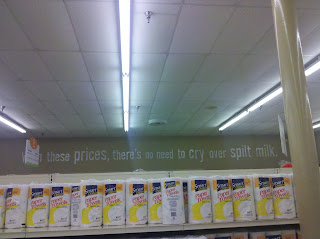 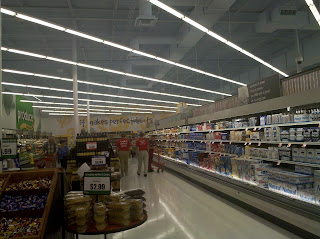 Above: Both Bottom Dollar (top) and Just $ave Foods (bottom) have corny taglines throughout their stores reminding patrons of how far their dollar will go.
With names like 'Bottom Dollar,' 'Save-A-Lot,' and 'Just $ave Foods,' discount grocers with limited assortments and no-frills shopping experiences are rapidly expanding. With the popularity of ALDI, other stores have taken off on this concept here in North Carolina:

St. Louis-based Save A Lot (a division of SuperValu) opened a distribution center in Davidson County, and has also committed to opening a store in East Greensboro's food desert. Photos of the north Greensboro location: 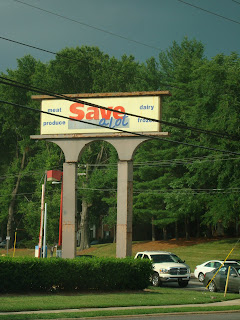 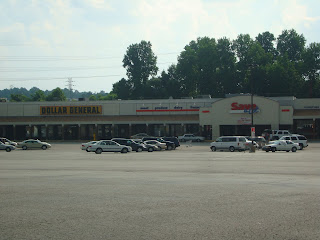 Walmart opened some of their first "Express" stores in North Carolina, stores that are approximately the size of a CVS or Walgreens. These express stores work in communities that are too small to support a full scale Walmart. Photos of the Richfield, NC store: 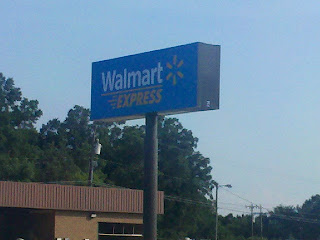 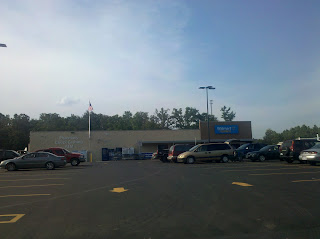 Just $ave Foods is Lowes Foods' discounter, as former some Lowes Foods stores are being converted into this format. Photos from the Graham, NC store (former Winn Dixie) 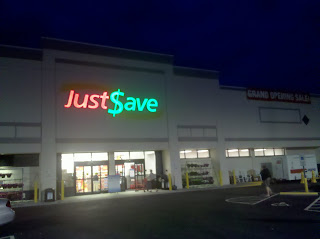 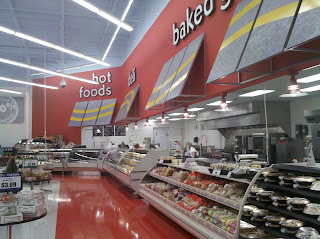 And Bottom Dollar is Food Lion's discount counterpart. Recently a large expansion was announced for this concept. Photos from the Asheboro Store (formerly Food Lion) 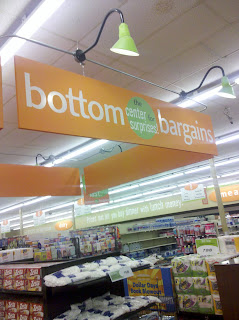 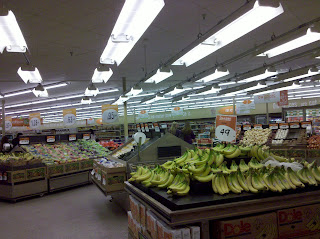 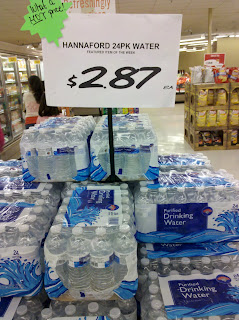 Well the rise of such places is a bit unfortunate. It highlights the fact that too many people are struggling to get by. 10 years ago the average person would not have shopped somewhere like this.

why is it unfortunate? the Brand stores in my area charge 20-30% higher prices then that of savalot. a pot pie on sale is 1.00 @savalot .69 everyday same brand. The difference is I have to bag my own and it's not union. I think that's the rub, look at Kroger they can't compete. the history of the grocery store was for a housewife or part job to earn some extra money not to make a living but today the food prices are driven up by people thinking they should receive a benefit package and a earn as much as a gm worker. Not that I hold it against them. the profit margin for a new car is a lot more then a loaf of bread. The fact remains people will shop where the best bang for the buck is as long as its clean and safe.

@anon, traditional grocers in the past paid living wages to their cashiers, stockers and butchers. The low end part-time concept is relatively recent to retail including grocery stores, non-union and union alike. Grocery chains traditionally have had a 1-2% profit margin after paying all operating costs, supermarkets were the original discount format that all others copied. The profit has always depended on driving volume. The push for part-time low costs wages came from competiting with non-traditional operators such as the limited assortment stores and supercenters.

BTW, I haven't seen a major advantage in savings if any at Aldi and Sav-A-Lot here compared to Walmart Supercenter, Kroger, Bi-Lo and Food Lion. Food Lion hasn't opened any Bottom Dollars here, nor have any Walmart Expresses opened close by, but there is also Dollar General Market.

hannaford is a supermarket in
the northeast that is affiliated
with food lion its a brand in
food lion but it is also a supermarket with over 179 stores
in ma,ct,ny(state),maine,vermont,
and nh.

Problem: HP Printer not connecting to my laptop.
I had an issue while connecting my 2 year old HP printer to my brother's laptop that I had borrowed for starting my own business. I used a quick google search to fix the problem but that did not help me.
I then decided to get professional help to solve my problem. After having received many quotations from various companies, i decided to go ahead with Online Tech Repair (www.onlinetechrepairs.com).
Reasons I chose them over the others:
1) They were extremely friendly and patient with me during my initial discussions and responded promptly to my request.
2) Their prices were extremely reasonable.
3) They were ready and willing to walk me through the entire process step by step and were on call with me till i got it fixed.
How did they do it
1) They first asked me to state my problem clearly and asked me a few questions. This was done to detect any physical connectivity issues with the printer.
2) After having answered this, they confirmed that the printer and the laptop were functioning correctly.
3) They then, asked me if they could access my laptop remotely to troubleshoot the problem and fix it. I agreed.
4) One of the tech support executives accessed my laptop and started troubleshooting.
5) I sat back and watched as the tech support executive was navigating my laptop to spot the issue. The issue was fixed.
6) I was told that it was due to an older version of the driver that had been installed.
My Experience
I loved the entire friendly conversation that took place with them. They understood my needs clearly and acted upon the solution immediately. Being a technical noob,

sometimes find it difficult to communicate with tech support teams. It was a very different experience with the guys at Online Tech Repairs. You can check out their website www.onlinetechrepairs.com or call them on 1-914-613-3786.
Would definitely recommend this service to anyone who needs help fixing their computers.
Thanks a ton guys. Great Job....!!